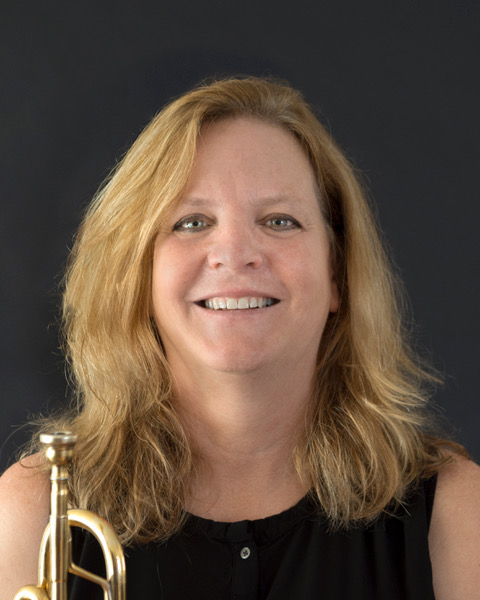 Marissa Benedict has been a freelance musician in the Los Angeles area for 33 years.  She is principal trumpet with The Pasadena Symphony, Pasadena Pops Orchestra, and associate principal trumpet with The Long Beach Symphony.  She plays with other Los Angeles groups such as The Los Angeles Opera, Hollywood Bowl Orchestra, Santa Barbara Chamber Orchestra and The Long Beach Municipal Band.  She can be heard on nearly 125 motion picture recordings and to name a few; Indiana Jones IV, Avatar, Sucker Punch, War of the Worlds and The Terminal. She also can be seen and heard playing shows at the Ahmanson Theater.  While staying busy with her music career she and her husband Mike just celebrated their 26th wedding anniversary and have raised three children.